Welcome to blog post number 1! Lord I never thought this day would come. But here it is! If you haven’t checked out my info page then here’s a synopsis. I will reimagine a research article about Education or Educational Technology and present it to you. It may come in the form of fiction, a video or any other medium that inspires me. There you go. You’re all caught up.

The following is a fictional interpretation of the research study done by Pasfield-Neofitou, Huang, and Grant (2015) called, “Lost in second life: virtual embodiment and language learning via multimodal communication.” 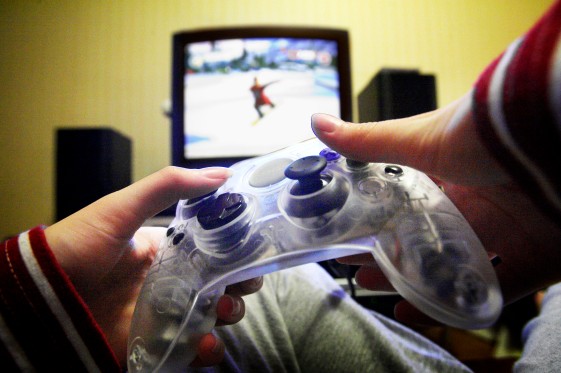 The Princess and the . . . Dragon Slaying Warrior Girl

After having won the coveted role of princess without a fight, Genevieve nodded her head vigorously.

Clearly seeing the value of agreeing with this train of thought, Genevieve added more enthusiasm to her head nodding.

Aalimah’s family supports her active imagination. Her father even plays her games with her and often agrees to be the princess because, “Someone has to be rescued.” She likes these games better than any others. She likes to play different characters “as long as they’re not mushy.”

Here we introduce the idea of embodied cognition. In the article by Pasfield-Neofitou et al. (2015), they state that, “The body mediates between mind and external world.” The body helps learning and cognition happen. And the body not only allows this to happen, but it supports the thinking processes. Aalimah doesn’t see herself as playing a role; she is the warrior. And that helps to build her understanding of herself as a strong person. She learns because she has been that person.

It was scary and exciting when they first came to this country. Even when they first got off the plane Aalimah was so nervous and carrying so many heavy things that she dropped her iPad. But one of the older passengers from the flight picked it up for her and handed it to her. Since she was speaking another language she didn’t know exactly what the woman said, but Aalimah knew from the way she smiled that she was being helpful. As a matter of fact, she found it a lot easier to understand the language here than trying to learn it in her classroom back at home. She could understand what most people meant without knowing a single word that they said. Often she would make a game of it, and the people she was trying to communicate with would join in with her. The sillier and more animated she could get someone to be then the more fun she had.

Her favorite was the man at the deli on the next block from their house. He was a young guy with a mohawk and all sorts of metal things sticking out of his face and ears. But he was always the funniest. When he saw her he would erase all the specials for the day that were written on the chalkboard. Then he would poise the chalk just above the green slate readying himself to craft an elaborate picture with English words included. Her mother would stand back and allow the show to unfold. Her mother participated by giving her the list of what everyone wanted for lunch then watched as the unlikely couple slowly and hilariously worked their way through a lunch order for three. Sometimes the two would get so raucous that the older man in the back would stick his head out from behind the door, but he was promptly ignored and the charades would continue, usually with more vigor and volume.

At this point, we learn more about the environment and second language learning. Atkinson (2010) describes, “Learning is more about discovering how to align with the world than extracting information from it” (as cited by Pasfield-Neofitou, 2015, p. 713). Aalimah is learning how to function in the world with the help of the guy at the deli. She’s learning a few new words, but she doesn’t go in with a vocabulary list she memorized from the dictionary. She’s interacting with people, the food, the menu and the exchange of money. This is how she is learning.

“Aaaaaahhhh! Genevieve! That guy’s not one of us. You have to ask one of us.”

Both Genevieve and Aalimah were trying to negotiate life in a Chinese restaurant in Second Life on Chinese Island. The assignment called for asking someone in the restaurant directions to the market.

“Genevieve ask him. I’ll go ask this guy.” They both dutifully went their separate ways but quickly came back together as asking for directions in Chinese wasn’t as easy as they thought. “Confidence doesn’t always result in success, but it helps,” she remembered her mother occasionally telling her.

“Maybe we should just go together,” Aalimah concluded. “It might be easier.”

The assignments that her teacher had the class work on in Chinese were a lot like the times in the deli when she forgot that she was new to this country. It was easy to slide right into trying to negotiate the world in Chinese without thinking too much about it. She especially liked her avatar. She chose purple hair and a uniform fit for battle. Most importantly she would forget she wasn’t her avatar and that made it easier for her to understand more of the Chinese.

If we put these two things together, embodying a role and learning language through the environment, we can translate these into a virtual world where a student learns a language through role-playing. An environment has been created in Second Life for students to interact in. A model of an environment where Aalimah and her classmates can interact with people speaking Chinese, see a restaurant and find their way to the market by use of reading the signs in Chinese. Pasfield-Neofitou (2015) says, “The embodied ‘self’’ via avatar is not the separation of real-world ‘Self’’; instead, it is the link between the real ‘self’’ mind/cognition and the virtual ‘body’ enabling immersion and learning.” We are the avatar and we learn language through negotiating an environment in that language.